Ignore that screeching version of “If I Were a Boy” making the rounds on the web. Beyonce says she can sing. 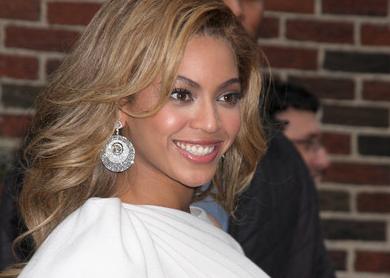 On Tuesday, Howard Stern played what he claimed was an unedited sound board recording of the singer, 27, performing the song on the Today show last year. She sounds excruciatingly off-key as she wails through the number.

At a junket Wednesday for her new thriller Obsessed, Beyonce said that she hasn’t heard the recording, but the story “sounds completely ridiculous.”

“Everyone’s heard me sing and it’s perfect timing, actually, because I’ll be on the Today show tomorrow singing ‘Halo,’ or tonight you can watch me sing live on David Letterman!” she told MTV News. “It’s perfect promotion, whoever came up with that idea.”

Earlier in the day, her dad (and manager) Mathew Knowles claimed the tape was “obviously altered.”

“If no one took the time to look at the biggest Inauguration in the history of America then shame on them,” he wrote. “If no one took the time to listen to Beyonce sing ‘America the Beautiful’ and ‘At Last’ at the Neighborhood Ball for the first dance of President Obama and the First Lady, and they question Beyonce’s vocal ability, they’ve gotta be an idiot,” he said in a statement.

He continued, “At 12 years into her career, the last thing someone should be questioning is her vocal ability. That would be like questioning if Kobe Bryant could shoot a jump shot.”

The prankster who made the tape later told TMZ: “No one in their right mind would sound like that — and no one would cheer for someone singing like that.”