Beyonce used to worry that she wouldn’t find herself a boyfriend. 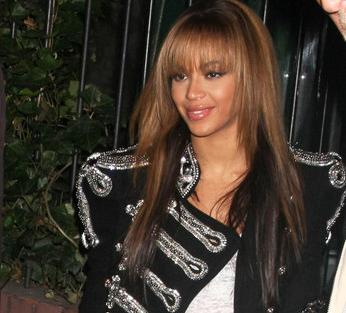 The Crazy in Love singer, who married rapper Jay-Z in a secret ceremony last year, says she worked so hard as a teenager, she never saw anyone her own age and used to doubt her chances of finding Mr Right.

She shared in a new interiview: “There were certain moments when I was 18 and I’d look out of the window to see girls going to parties with their boyfriends and think, ‘How am I ever going to meet anybody?’ I couldn’t just go on a date, and nobody was going to ask me out. I was working too hard and not exposed to people my own age. But now I’m in such a great place and I’m happy that I’ve found the person I’ve found. I wouldn’t trade it for anything.”

On her plans to start a family, “I’m an ambitious woman, and when I do anything, I do it really hard. If I work out, I work out really hard, if I love somebody, I love them all the way. I’m very loyal. I want a whole bunch of kids — but after I’ve got certain things out of my system first.”

On meeting the Obamas, “I have to say the inauguration was more nerve wracking than the Oscars. I was nervous at the Oscars as well, especially all that choreography and all those songs squished into the five minutes, but you know it’s nothing like the inauguration. That was just… [she blows out air] mind-blowing. Even if I wasn’t singing I would have been nervous and overwhelmed just being in the room. Everyone could feel it, it was something spiritual.

On her impression with the president, “Barack’s just a very special person and he was born to do what he does, and his wife Michelle was born to do what she does — she holds him down. It was very exciting for me to meet her as well. She’s so warm. Both of them are. She’s a huge inspiration for me. When we met at the big inauguration performance Michelle was there talking to everyone, and she looks you right in the eyes. To see how gracious they are reminds me of how I’m supposed to be.”