Beyoncé Knowles has promised to fly two injured fans to a future concert and treat them to VIP backstage treatment, after they were injured during a recent gig. 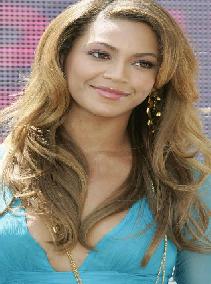 The “Bootylicious” singer rushed to a St. Louis, Missouri hospital after her show in the city on Sunday to visit the fans, who were injured when a pyrotechnics display went awry and they were showered with fire.

The 25-year-old singer made an unannounced visit at the Barnes-Jewish Hospital, where she spent 45 minutes with the injured pair – and now the singer has promised to fly each fan and a friend to a gig of their choosing, where they’ll be granted access backstage.

Mathew Knowles, the singer’s manager-father revealed, “She’s going to make it up to them in a huge way and fly them and a guest to one of her shows – to be backstage.”