Drew Barrymore is reportedly in a love triangle. The actress, who allegedly “made out” with Zach Braff last week, was seen kissing director Spike Jonze on July 10. 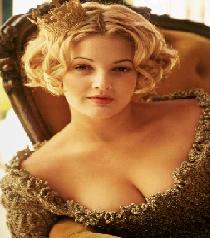 The actress and Spike Jonze watched British band Klaxons at Los Angeles’ El Rey Theatre. They were spotted cuddling and kissing in a VIP booth, and Drew “playfully traced” Spike’s moustache before they kissed “for a good 10 seconds”, according to People magazine.

Just last week, the actress was spotted with Zach in New York. The pair was also seen dancing and canoodling at New York’s Beauty Bar nightclub in June.

A source revealed, “There was a moment when they kissed and it almost seemed blissful.”
The representatives of Drew Barrymore and Zach Braff have so far refused to comment on their apparent romance, while Spike’s spokesperson does not comment on his client’s personal life.