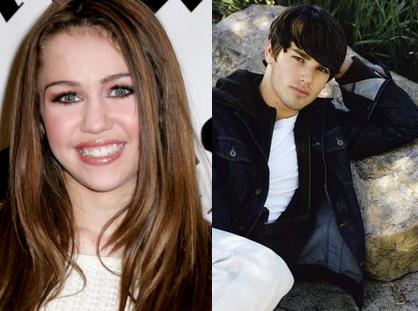 The American country singer described her daughter’s boyfriend: “Justin’s a good friend. A good friend of the family.”

On meeting the guy, he recalled: “I met Justin as I was hosting Nashville Star and I introduced the two of them. He’s a good kid. Great heart. Lives for the light and he’s very talented.”

Justin Gaston helped celebrate at Miley’s early sweet sixteen party over the weekend and he will be joining Billy Ray on a rendition of “Achy Breaky Heart.”

The actual birthday of Miley Cyrus is Nov. 23. The young couple cuddled later that evening while watching fireworks.

Billy Ray Cyrus added that Justin Gaston reminds of himself, adding: “He actually reminds me a lot of myself when I was 20 years old and I was living and searching for the dream.”