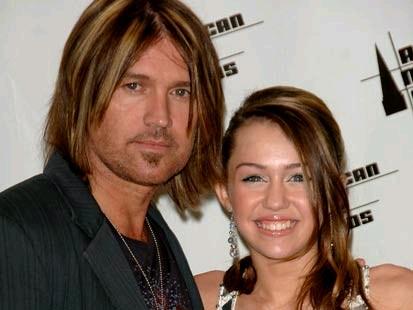 He is “weird” when approached about the topic. Her daughter Miley admits her father has allowed her to go on dates, but he often scares potential suitors off with his unusual behavior.

The 14-year-old revealed, “The other day I had one of my guy friends over and (my dad) was… hiding in the kitchen. We were outside just like hanging out and I look around and my dad’s standing there. He’s standing there with his German shepherd (dog) watching us and I’m like, ‘Dad, you’re gonna scare him. I’m not going to have any more friends.'”

But Billy Ray insists he was just playing around and wasn’t really checking up on his daughter, saying, “They knew I was there. It’s not like I was spying.”