After hitting the headlines with her divorce reports, Madonna’s split from Guy Ritchie was partly attributed to her obsession with her body image, according to a close friend. 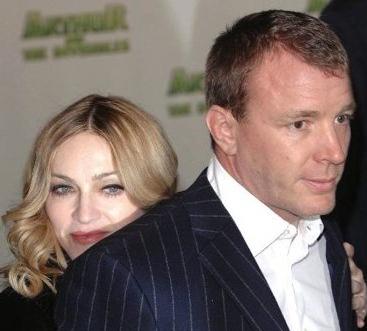 The “Vogue” singer reportedly insisted on keeping up a four-hour fitness program, even if it came at the cost of spending time with Ritchie.

In the end, the film director often gave up waiting and went to see his friends instead, the insider added.

The friend of the couple revealed: “He got more and more frustrated as she spent nearly half the day working out. Afterwards she’d be too tired to make love. Towards the end Guy wouldn’t be there. He’d get fed up waiting for her and go down the pub with his mates. He is the one behind the split.”

Another obstacle in their marriage was the hold which the mystic religion Kabbalah has on Madonna’s life.

The pop icon insisted a rabbi would be a marriage counselor when communication between the pair collapsed earlier this year. But Guy walked out of meetings in disgust, branding the devotees ‘Kabbalah wallahs’ when it was suggested that his wishes should always be subordinate to Madonna’s.

Our source added: “Guy just thinks it is mumbo jumbo. He was appalled she wanted the religion to intervene.”

The one part of the split on which the couple almost agree is money.

Under their pre-nup Guy, who is already worth £30 million, will receive £10—12 million in cash, plus the 1,200 acre estate in Wiltshire and their London pub, the Punchbowl, in the divorce settlement.

The Punchbowl was at the root of a lot of their rows. Madonna was furious about the amount of time Guy would spend there with his London mates. She hated him eating pies and chips there instead of coming home to her micro-biotic diet of steamed fish and pulses. The cash figure for Guy covers the London properties—a family townhouse in Marylebone, a ten-bedroom property next door and two mews cottages— that Madonna wants to keep.

And the couple have agreed that neither party can have any claim on money made before they were married—in Madonna’s case about £300 million.

There have been no rows, however, over custody of their eight-year-old son Rocco. Our source said: “Guy wants 50-50 custody. He’s devoted to Rocco and wants him to spend half of the year with him and half with Madonna.”

Guy is close to Madonna’s daughter Lourdes, 12, and her adopted son David Banda, three, but our source said: “He figures time with them will be limited.”