Britney Spears, who sparked bogus Bollywood romance, was warned by Bollywood actress and model Jesse Randhawa to stay away from her man. 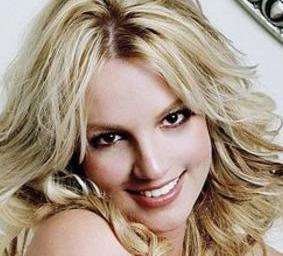 Jesse Randhawa, 39, is livid over claims that Britney has started a love affair with dance expert Sandip Soparrkar, who choreographed the video for her hit single “Womanizer”.

She has been dating Sandip for four-and-a-half years and revealed: “I don’t understand why Britney would stoop so low as to claim someone else’s boyfriend for her own. Sandip and I are very happy together.”

Britney Spears, 27, and Sandip enjoyed a three-day Christmas break in the Indian city of Jodhpur. She was also reported to have spent New Year’s Eve with him and introduced him to her parents.

Jesse said: “Britney’s gone through so much turmoil in her life and instead of making her a better person, it looks like she’s just left all her morals and ethics behind. She knows he’s in a relationship and is happy – so why spoil it?”

Jesse is holding on to the belief that the affair is just a publicity stunt but she’s still warning the superstar to back off, saying: “Britney did come over to India and she and Sandip went away for a few days, but it was purely professional. They were busy rehearsing. I really do wish she’d just leave us alone now.”

She also claimed: “It was Britney and her management who keep hassling Sandip to get his pictures taken with her and her dad Jamie. And one of her team even borrowed Sandip’s laptop and sent out emails from Sandip’s address saying that he was on a romantic break with her. Since I’ve known Sandip I’ve not seen him even once have a roaming eye on another girl. He would never go for Britney anyway. She’s just not his type.”

Britney first met Sandip in August when she saw him dance at Madonna’s 50th birthday bash in London.

Afterwards she sent a gushing email calling him “an extremely gifted person, a superb dancer and above all a humble and great human being”.