Teen sensation Miley Cyrus has been romantically linked to Justin Gaston since late last year. Now the “Hannah Montana” starlet reportedly wants to get a tattoo for the 20-year-old hunk. 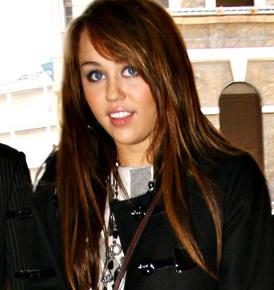 Friends claimed that Miley Cyrus has already selected a design for her first tattoo. And the 16-year-old actress reportedly wants to have a heart-shaped tattoo with Justin’s initial minted in the middle as soon as possible.

Her friends revealed: “Miley has already drawn up the design. She’s trying to play her mom, Tish, against her dad to get one of them to agree to the tattoo. So far, her mom is the one who seems more cool with the idea than Billy Ray Cyrus.”

In related news, Miley Cyrus has revealed her own New Year’s resolution. The “Fly on the Wall” singer revealed that she wants to eat healthy and exercise more, sharing: “For the new year…exercise.”