Bono, the U2 frontman, could be stripped of his honorary Bosnian passport presented to him more than 10 years ago, according to reports. 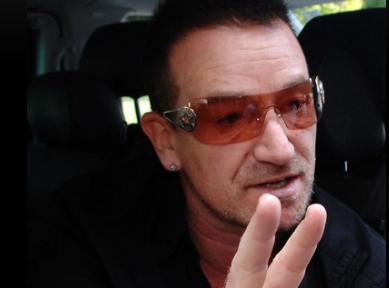 The Irish singer, as famous for his humanitarian work as his music, received the honorary passport from late president Alija Izetbegovic in 1997 when U2 performed in Sarajevo, in recognition of his work in the country during the war.

At the time he likened Bosnia to Northern Ireland, saying: “It’s a small country and we have been divided also. We are trying to wrestle our world from the fools of the past and give it to the wise men of the future.”

But Bosnia’s Council of Ministers now claim the country’s laws do not allow for the conferral of honorary citizenships and are reportedly planning to have it revoked.

According to Bosnian media sources, the dispute was raised when Bono recently commented during U2 concerts in Zagreb, Croatia, that his Bosnian passport was one of his most treasured possessions.

“If we establish that a passport was given outside a regular legal procedure, we will have no other option but to take it away. We cut no slack to anybody, not even for Bono,” Bosnia’s Civil Affairs Minister Sredoje Novic reportedly said.

Over the past year Bosnia has been reviewing and cancelling citizenships granted in an illegal manner over the previous two decades, with many concerning former Islamic fighters who fought alongside Bosnian Muslim forces during the war.

Bono has been both praised and criticised for his activism. He has been nominated for the Nobel Peace Prize and was granted an honorary knighthood by the Queen.

He is the only person, who has been nominated for an Oscar, Grammy, Golden Globe, and for the Nobel Prize.