Perhaps Angelina JOlie should not be expected to prepare or whip up a fancy dinner for her partner Brad Pitt and her six children. 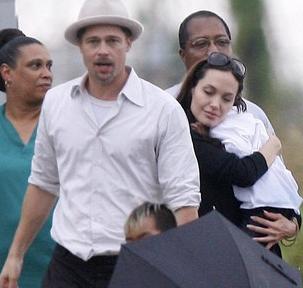 In the new issue of chef Jamie Oliver’s eponymous magazine, Brad Pitt, 44, admits the best meal Jolie has ever cooked for him was “cereals,” according to the U.K. Guardian.

The entire Q&A will appear in the famous cook’s first issue, which hits WH Smith stores on Thursday.

Pitt and Oliver have been pals for a long time. The actor flew Oliver (and his wife, Jools) to his and Jennifer Aniston’s L.A. home to cook for his 40th birthday in 2004.

The Jolie-Pitts had a low-key Thanksgiving weekend in New Orleans. Pitt was spotted riding his motorcycle around town, while Jolie took their 7-year-old son, Maddox, shopping.