The waxworks of actors Brad Pitt and George Clooney have had to be repaired since they were badly mauled by girl fans. 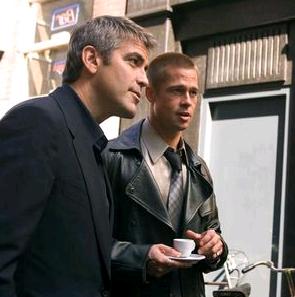 Brad’s bum was badly damaged from pinches and George’s cheeks were covered in lipstick after just one day on display.

Madame Tussauds put the figures on display to coincide with this Monday’s DVD launch of their hit film Ocean’s Thirteen.

A spokesman for the London attraction revealed, “To say they were popular with women is an understatement. Brad’s bum in particular was in a bad way.”