Brad Pitt, the star of the movie “Mr. And Mrs. Smith”, is a baby in his latest movie. His face will be superimposed onto the body of a baby for new movie “The Curious Case of Benjamin Button,” which is about a man who is born 70-years-old and ages in reverse. 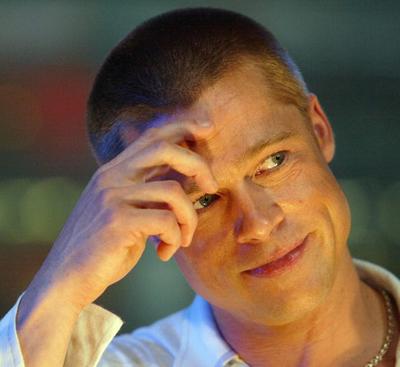 David Fincher, who is the director of the new movie, revealed, “In the past you may have had different actors playing him at different stages of his life, but here I can use Brad Pitt throughout, just putting his head on different people’s bodies.” The director added, “I really think that it will work. At least I hope it does, if not, it’s going to look bloody awful!”

But the filmmaker is confident that the moviegoers will be convinced by the computer wizardry used to make Brad a baby. The director said, “I don’t think an audience is going to be able to tell the difference between a film shot digitally or on film. “Technology moves on, and it’s going to be vital for the film.”