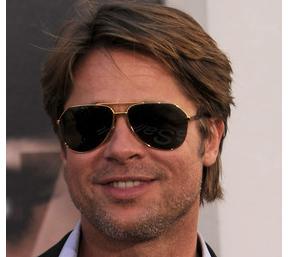 The American actor was tapped to be a celebrity narrator for its annual Super Bowl documentary. The film will debut on NFL network on September 8, the night before the Saints begin their defense of the Super Bowl title.

Meanwhile, Brad was wearing his Patek Philippe Nautilus timepiece while doing work with the “Make It Right” project in New Orleans.