Brad Pitt and Angelina Jolie attended the film premiere of “In the Land of Blood and Honey,” on January 10 at United States Holocaust Memorial Museum in Washington, DC. 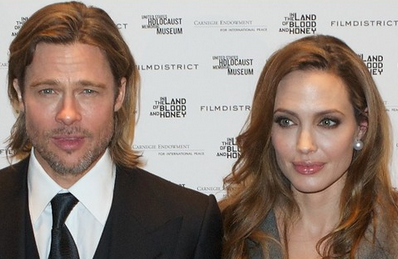 The actor seems to support his partner at the premiere of her film this time since they previously attended the New York Film Critics Circle Awards Gala in NYC where Brad was named Best Actor. Meanwhile, Angelina chose to wear a vintage dress from The Way We Wore, a Michael Kors coat and Christian Louboutin shoes. Brad opted for a suit in Tom Ford.