Demi Lovato and Wilmer Valderrama have called it quits, according to a report. 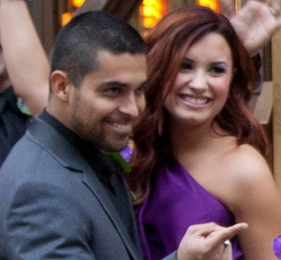 The “Camp Rock” star had quietly dated Wilmer. They also appeared together at Tiffany Thornton’s wedding last year. Meanwhile, a few hours before the online reports, which indicated that the two had split, Demi tweeted that the smartest thing a woman can learn is to never need a man. She also retweeted a Marilyn Monroe’s quote.