Brad Pitt exploded when his girlfriend Angelina Jolie recently agreed to work with her former husband without his knowledge, according to a new report. 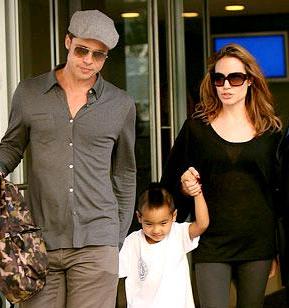 Jonny Lee Miller, the former husband of Angelina Jolie, stars in the new ABC drama series, “Eli Stone”, and the actress had consented to appear on the show.

An insider revealed, “Brad really blew up when she casually mentioned that she was, as she put it, ‘helping Jonny Lee out’. Angelina usually discusses with Brad every role she takes before committing to it – so it was a double breach of trust.”

According to the report, “Brad Pitt has always been leery of Angelina’s special relationship with Jonny Lee, and it really upset him that Angie went behind his back and agreed to the role. As a result, Brad exploded, and it really caused a rift between them.”

Insider continued, “Brad’s tried to be mature about Jonny Lee, but he’s someone Angelina had an intimate relationship with, and Brad doesn’t like their closeness. And you can bet there’d be fireworks if the shoe were on the other foot and Brad casually mentioned to Angelina that he would be guest starring on a series starring Jennifer Aniston!”

The insider added, “Angelina canceled when she realized how much her actions had upset Brad. She called Jonny, 35, saying she needed to “keep the peace” at home.”