Brad Pitt takes his motorcycle for a spin in Los Angeles on Friday afternoon (June 19). 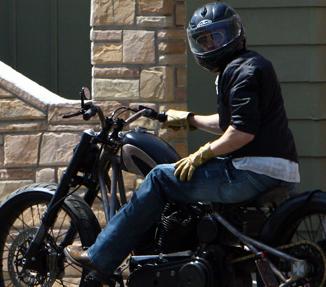 The actor looked to be having a marvelous time, speeding away from paparazzi on one of his custom motorcycles.

Brad has worked with some major directors— David Fincher, Terrence Malick, the Coen brothers – and he knows it.