Daniel Radcliffe thinks British band Radiohead should have provided the soundtrack to the Harry Potter films. 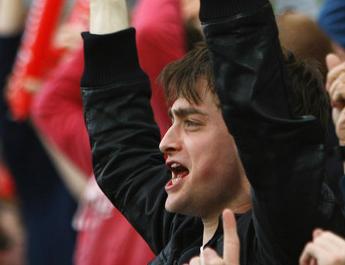 The 19-year-old actor, who plays the famous young wizard in the smash hit movie franchise, listens to his favorite band to get into character.

He revealed: “If you asked people what band they associated with Harry Potter, Radiohead wouldn’t be the first that sprang to mind, but funnily enough Radiohead’s albums could soundtrack the films.”

He continued: “They’re so appropriate to the movies and to Harry’s emotions that it’s almost uncanny. Harry’s darkness is a very specific type of darkness and it’s Radiohead’s OK Computer or Amnesiac, and it’s Manic Street Preachers‘ The Holy Bible and Hope of the States, The Lost Riots and it’s stuff like that.”

He added: “It’s kind of angry and epic. It’s angry in the sense that your life is beyond your control and you are in the middle of this maelstrom of politics and power. You have no control over that, and that’s where part of Harry’s anger comes from.”