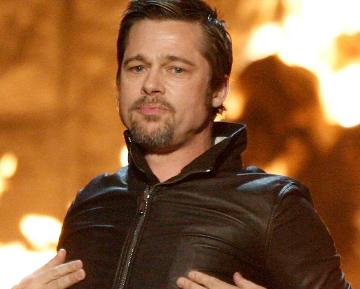 The Office star Rainn Wilson jokingly tweeted at the show, “Saw Brad Pitt. I would totally do him.”