Brad Pitt will star in a remake of 60s classic film “Bullitt”. The “Babel” star will play the role of Lt Frank Bullitt, which first played by Steve McQueen in the 1968 original film. 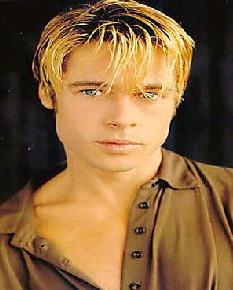 A source revealed, “Brad shares a lot of the same passions as Steve McQueen – including a love of motorbikes and fast cars – so it was a dream role for him.”

The original film sees the tough detective hunting a hitman who has killed his fellow officers. The film is famous for having one of the best car chases in cinema history as McQueen’s Mustang car speeds through the rollercoaster streets of San Francisco.

The 43-year-old actor has been linked with the role since 2003 but the project has only now been given the green light as film bosses desperately try to kick-start as many movies as possible before the Screen Actors Guild begin their anticipated strike action.

Brad Pitt can next be seen playing legendary outlaw Jesse James in the western film “The Assassination of Jesse James by the Coward Robert Ford”, expected to be shown in October.