Brad Pitt thinks being eaten by a shark would be “interesting.” “The Curious Case of Benjamin Button” star insists he isn’t scared of getting older, but often wonders how his life will finally end. 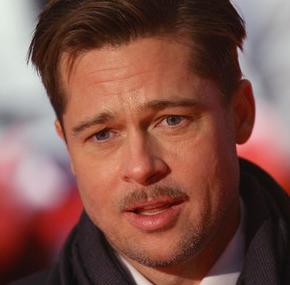 The 45-year-old actor said: “I’m more afraid of how I’ll go. Fire and tight spaces don’t appeal… A shark would be interesting.”

In the movie, Brad plays the title character – a man who is born with all the physical attributes of an old man, and slowly grows back into a young child.

Brad recently revealed he can’t wait to grow old because he thinks it will make him more intelligent.

He said: “I like the wisdom that comes with age. I wouldn’t trade it for youth any day.”