Brad Pitt will have audiences laughing out loud as a knucklehead fitness employee in Burn After Reading, but what makes him chuckle in real life? 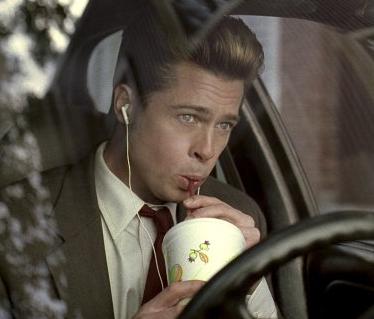 When asked what makes him laugh, the “Babel” actor admitted: “My kids. Everyone is healthy. No sleep though.”

He added to reporters: “Sleep is something you long for, but it’s alright. We’ll get it.”

Despite the lack of sleep, co-star and Oscar winner Tilda Swinton shares a piece of advice to Brad Pitt as she advised him not to worry. As a mother of twins herself – 11-year-old daughter Honor Byrne and son Xavier Byrne – she told him: “It gets easier! And it’s true.”

And what kind of dad does she think her movie star friend is? Tilda Swinton revealed: “He’s fantastic.”

Co-star John Malkovich chimed in: “He was very doting with his daughter during shooting on a couple of days I was there. He’s very much a present parent.”