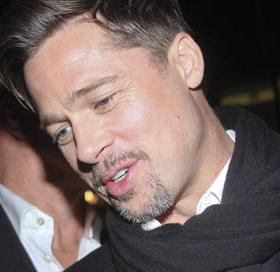 The 44-year-old actor, who raises six children with partner Angelina Jolie, is believed to have become interested in the phenomenon after watching a US television documentary.

A source revealed: “Brad is having sort of a midlife crisis. He is asking the big questions, like ‘What do I want to do with the rest of my life?’

The source continued: “He has also taken up deep-trance spirit channeling, trying to commune with ghosts, after watching the documentary ‘Tuning In: Spirit Channelers in America’. Angelina is trying to be supportive but is now worried that Brad may become obsessed.”

Brad Pitt is also said to be keen to explore his hobby in a new movie, but is facing protests from Angelina.

The source added: “Brad is looking for a script about channeling, but Angelina is afraid that if he tries to bring it into the mainstream, people will really think he’s gone off the deep end.”