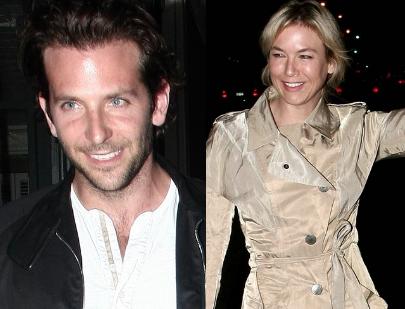 According to People, “The Hangover” star was seen dining on Tuesday at Italian eaterie Antonucci on the Upper East Side of Manhattan with former “Bridget Jones” star Renee.

“They were very flirty,” a restaurant onlooker told People. “Either he’s being very gentlemanly, ’cause that’s the way he is, or they’re dating. He paid. He pulled out her chair, that kind of stuff.”

While the dinner date looked like a new Hollywood hook-up, in June’s Glamour, Renee spoke openly about enjoying being single, telling the mag she had no immediate plans to become attached.

As for what kind of man she is looking for, Renee said she likes more than just a pretty face.

“I’m attracted to intelligence and creativity and passion – and not necessarily the romantic kind,” she said. “I want to learn from someone who is greedy for information and light and laughter and the whole world. Someone who celebrates their days and finds inspiration in what other people accomplish.”

Renee’s rep had no comment on the dinner meet-up when contacted by People.