Brad Pitt and Angelina Jolie gave a California shop owner his very own Christmas miracle through boosting the stores sales after visiting the premises and leaving an enormous tip. 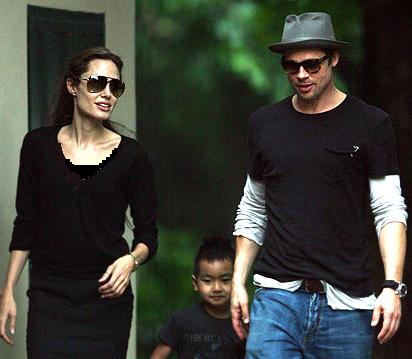 The owner of a North Hollywood toy and flower shop named The Blessing couldn’t believe his luck when the famous pair strolled in to buy gifts for their multi-cultural kids.

The “Mr. & Mrs. Smith” couple posed for pictures with the storeowner’s family and bought $70 worth of items. They also gave him a generous $130 tip. Ever since their visit, the owner revealed that business is booming.

Meanwhile, Brad Pitt has decided on the Christmas presents for his four kids – toy helicopters.

In a recent interview, the “Babel” actor revealed that helicopters were his favorite childhood holiday toys, saying, “I like helicopters. [I’m] going to try to push them on the kids.”

The actor added he hopes the children will “retain the memories” of this “first introduction to Christmas,” adding, “The Jolie-Pitts will be in one big assembly.”

The pair bought a home in New Orleans last spring, when Pitt was shooting his previous film.