Brad Pitt and Angelina Jolie are eligible for around $2,500 in child benefits. 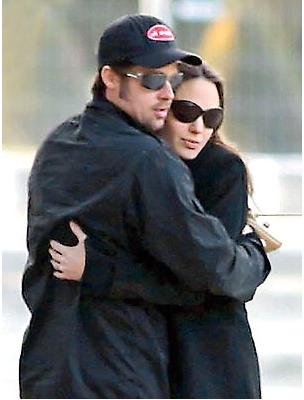 Brad registered his family at Brignoles town hall just after they moved to the south of France, meaning the couple are eligible for an “orphan allowance” of $508.97 for each of their three adopted children, Maddox, seven, Pax, four, and three-year-old Zahara.

Brad and Angelina could also claim a “nanny payment” of $975.84 a month for new twins Knox and Vivienne and biological daughter Shiloh, two.

A spokesperson for Brignoles council revealed: “We do not discuss individual benefits cases. But we can confirm that all resident local families with young children are eligible for certain benefits.”

It is not believed the couple will accept the payments.

The couple, who previously reported to land the cover of W magazine, previously posed together in the July 2005 issue of the magazine for a shoot entitled “Domestic Bliss”, which featured them in a series of poses as a married couple to promote their movie “Mr. and Mrs. Smith.”