Brad Pitt and Angelina Jolie hit up a suburban grocery store with two of their kids Saturday afternoon,according to a Stop & Shop employee. 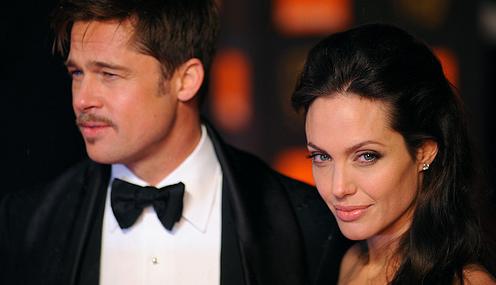 Monira Ahmed, who works in customer service, said of the celebrity couple,who are staying on New York’s Long Island while she films thriller Salt : “They were here for 30 minutes and left.”

She continued: “They were very friendly, they gave autographs and allowed people to take pictures of them inside…very nice.”

Jolie was dressed down and “looked ordinary — not too much makeup. They were simple and humble.”

Pitt, who donned a newsboy cap, pushed the cart while Jolie followed behind them as they shopped in the produce, fish and meat sections, Ahmed says.

Earlier this week, Diane Kruger, who costars in Inglourious Basterds, called the Jolie-Pitts “such a sweet family!”