Britney Spears seems to recover from the troubles in her life as she was relaxing with the whole family at a birthday bash to celebrate her two sons’ birthdays. 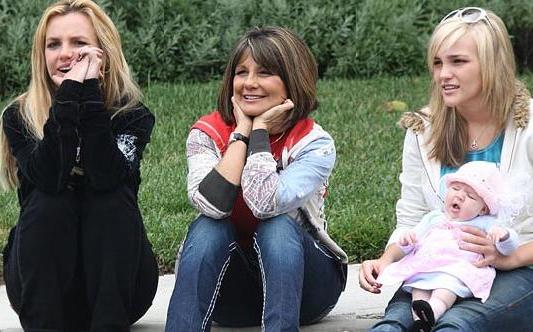 Most surprising is the sight of Britney and mum Lynne together, following revelations about the matriarch’s tell-all book on her troubled daughter.

In the shocking book “Through the Storm”, Lynne claims Britney began boozing at 13, lost her virginity at 14 and started taking drugs at 15.

Still, Britney Spears, who has encountered spectacular booze and drugs problems in recent years, is getting her body and career back in shape. After getting back to her nice figure in the gym, she’s now gearing up to release her comeback album “Circus” in December.

The collection, which is issued on her 27th birthday, features songs penned by some of the planet’s mightiest hit-makers.