Britney Spears, who recently wears lingerie in the beach, has began her first music video clip in almost two years. 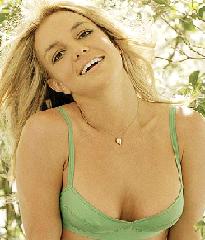 The “Toxic” singer stepped out of an LA warehouse; her tiny black dress barely covered her knickers. She also revealed cellulite-covered thighs.

The 25-year-old singer is wearing black knee-high boots and pillbox hat matched with her puzzling look.

Britney Spears wanted to keep details about her new project quiet, but reports suggest that the video will be for new song titled “Get Back.”

The singer, who is choreographing all the moves herself, recently put a call out for extras who were “attractive, hip and enthusiastic” to act as bar patrons.