Britney Spears has agreed to hand the parenting reins over to Kevin Federline. 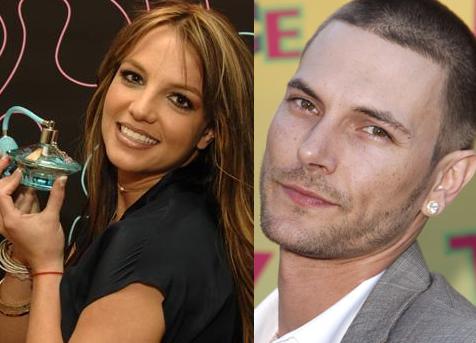 K-Fed’s longtime attorney Mark Vincent Kaplan revealed that the divorced duo have reached a settlement in their long-gestating custody case.

According to the agreement signed by all parties, Kevin Federline gets sole legal and physical custody of sons Sean Preston and Jayden James and Britney Spears will have visitation rights.

Mark Vincent Kaplan revealed: “The case has been settled. The court still has to approve it. ” Both parties are due in court Friday morning.

The case had been set to go to trial next month but all had been hoping to settle up beforehand.

The attorney of K-Federline continued: “As of this evening there is a fully executed deal memo…All the issues that would have been addressed at trial have been settled. Can’t speak to the exact terms of the deal. Orders in place…will stay in place.”

But although this is theoretically good news for Kevin Federline, the attorney maintained that this isn’t exactly what his client had in mind.

The attorney also shared: “Kevin’s was not [out] to get custody. Kevin’s goal was to set up some kind of template so the mother of his children can co-parent. He said I need to have Britney Spears to be involved in the co parenting of the kids but I need there to be a structure.”

Mark Vincent Kaplan continued: But this is the structure he got and “Kevin is absolutely delighted. Nobody could have anticipated the terms of events that have occurred…. This was a two-year journey that will be halted at a point that is good for these children. Custody is always modifiable. If there is a final order, it means there is nothing to try.”

Britney Spears has been enjoying monitored visits with her boys since late February after temporarily losing any on-hand-mommying privileges following a stretch of noticeably erratic behavior on her part and two brief hospital stays.

Kevin Federline’s camp has credited the influence of Britney Spears’ father Jamie, who was appointed a co conservator of his daughter’s estate Feb. 1, for helping to get the 26-year-old popster back on track.

A court commissioner is scheduled to review whether the make the conservatorship permanent at the end of this month.

When asked if the arrangement were to end, what then happens to Spears’ current deal, K-Fed’s attorney added: “While I can’t tell you the terms, the order does anticipate what happens if the conservatorship is ended. The devil is always in the details and this is a very detailed deal memo. Nobody can predict what the future will bring but …to the extent possible I think we have really anticipated how to proceed.”