Britney Spears and a parenting coach were questioned Tuesday by the court commissioner overseeing the singer’s custody dispute, resulting in an unspecified change in visitation status. 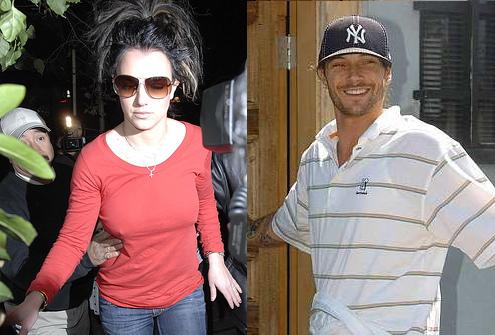 Court spokesman Allan Parachini stressed afterward that the answers given by Spears and parenting coach Lisa Hacker were not considered testimony.

The court spokesman revealed that Spears’ behavior was “very businesslike.”

The 26-year-old pop princess, wearing a white short-sleeve top and capri pants with pockets down the sides, left court without comment. Kevin Federline, in a gray suit, also did not comment as he left.

Months of bizarre behavior by Spears culminated early this year with two hospitalizations. [Kevin] Federline was given full custody of their two little boys, Sean Preston and Jayden James, and Spears’ visitation rights were suspended.

A status conference in the custody case is set for July 15.