After making a big splash in the Bahamas the day before, Britney Spears emerged Saturday in Amite, La., where she made a low-key appearance as an “honorary” bridesmaid at the wedding of her cousin, Laura Lynne Covington. 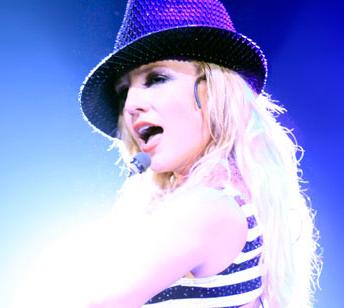 “When her brother walked her down the aisle, she looked stunningly calm and beautiful,” says one wedding guest. “She was very pretty, low-key. She was not the center of everything, just pretty and calm and collected.”

The wedding took place at the First United Methodist Church, the same church where the funeral for Covington’s mother Sandra, who died of ovarian cancer, took place in January 2007.

Later, at the wedding reception, the pop star hung out with her sister and fellow bridesmaid, Jamie Lynn, who toted baby Maddie, and “sat at a table off to the side and visited with local people she knew,” says the guest.

“There was no fanfare,” noted the guest. “With all the star power Britney and her family command, it was still the bride’s day.”