It was claimed that Britney Spears blames herself for the pregnancy of her 16-year-old little sister, Jamie Lynn Spears. 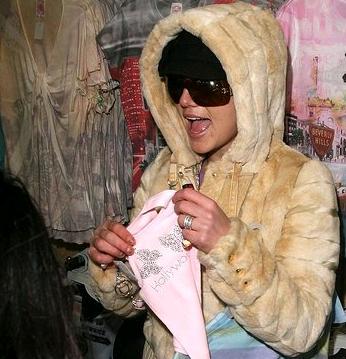 Jamie Lynn has shocked the world when she announced her pregnancy earlier this month, and Britney Spears has reportedly told friends she tried to help her sister lead a good life.

The “Gimme More” singer allegedly told friends, “I’ve done some pretty dumb stuff and haven’t been a good role model. I warned this girl, I really did. She seemed to take my advice.”

The singer, who is now only permitted supervised court visits with her kids if she passes random drug and alcohol testing, is still furious that her younger sister has got pregnant by her 19-year-old boyfriend, Casey Aldridge, saying, “I’m really disappointed in her. I told her over and over just to be a kid and let the adult things like sex and drinking and all that wait.”

She reportedly fumed, “I just can’t believe she’s pregnant. She is way too young to be a mom. She should be having fun and stuff, not having a baby.”