Two months ago, when Britney Spears embarked on her first concert tour in almost five years, she was joined by two of her biggest — and littlest! — supporters: her young sons Jayden James and Sean Preston. 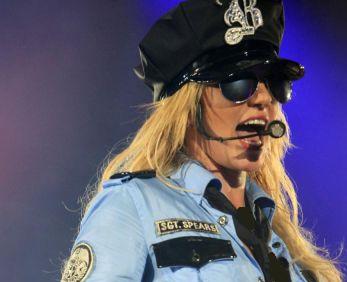 And now that Brit is wrapping up the North American leg of her tour, the pop superstar will continue to have her boys cheering her on when she heads to Europe in June.

In an exclusive interview, Mark Vincent Kaplan, attorney for Brit’s ex-husband Kevin Federline reveals that his client is “more than happy to help facilitate Britney being able to see the boys on the European leg of the tour.”

Kaplan admits that, though Kevin has custody of the two boys, he realizes that Britney “should not have to sacrifice visits with her boys while pursuing her career. Kevin has even been able to make sure that Britney can maintain the boys’ regular schedule, even though she’s on tour.”

For the entire story — including the family’s living arrangements — be sure to pick up the next issue of OK!, on sale everywhere Thursday.