Robert Pattinson is mortified by the dodgy old photos of him that have surfaced since he shot to stardom as Edward Cullen in Twilight. 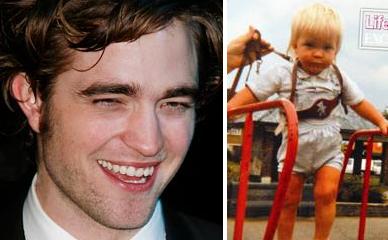 Over the past few months, a steady stream of pictures from his teenage foray into male modeling and cheesy adverts have popped up online.

Rob’s take? It should be “illegal”.

When asked about the ever-growing number of pics from his pre-fame past, Rob responds: “Really? When I looked like a real…weirdo?

“I swear to God that’s illegal! It’s just so embarrassing. Actually, I saw one the other day.”

No doubt Rob will be delighted to learn that Life & Style have got their mits on a bunch of his childhood photos, which they are running in their latest issue alongside an interview with his Aunty Di.

“Rob’s gobsmacked by all the attention he’s getting,” says Diana Nutley.

“He’s very cool about it all, but he can’t believe it either.”