Britney Spears, pop princess, has checked out of rehab after nearly a month in rehab in Malibu, California. Larry Rudolph, her manager, revealed, “Britney has been released by the Promises Malibu Treatment Center after successfully completing their program.” 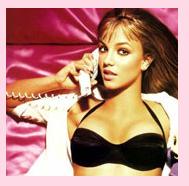 In a report, Britney had a difficult time in rehab because she was forced to go there. Katrina Szish, the editor of “US Weekly”, earlier revealed, “Britney originally agreed to go to rehab so she could see her children, otherwise she would not have gone.”

As for the custody of two young boys of Britney, the Los Angeles courts approved the couple joint custody until the end of February. In the meantime, Kevin Federline, together with Britney’s mother, has been taking care of the children. Britney and Kevin will need a new custody agreement now that Britney is out of treatment.