Britney Spears is cracking the whip on her Circus tour after two roadies were arrested for a scuffle with police. 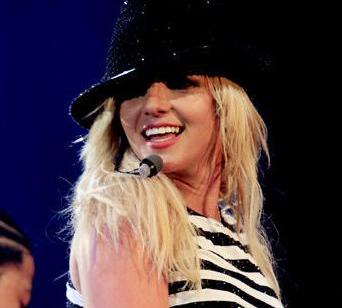 Rockey Lee Dickey Jr., 34, and Alex Montes, 23, are free on $100,000 bail following their arrests by Pittsburgh authorities after the pair allegedly went after two officers trying to break up a fight between Dickey and another man. Police used a Taser to nab Dickey, then chased after Montes who allegedly ran off.

“Both [men] had very strong odors of alcohol, slurred speech and bloodshot eyes,” police said in a statement. “[They] will be charged with aggravated assault, disorderly conduct, simple assault, public drunkenness and possible additional charges.”

In the wake of the news earlier today that two crew members of Britney Spears’ Circus tour had been arrested following an altercation with the Pittburgh police, the pop superstar has released the following statement on her personal web site:

“Last night two employees of a company contracted to provide equipment for The Circus Starring Britney Spears tour were arrested in Pittsburgh, PA. However, neither of the men involved are employees of the tour or Ms. Spears. The two individuals have since been dismissed by their employer. The Circus Starring Britney Spears tour does not support or tolerate this type of behavior.”