Robert Pattinson, the “Twilight” heartthrob, is reported to be in talks for a starring role in Summit Entertainment’s romantic drama, “Memoirs”. 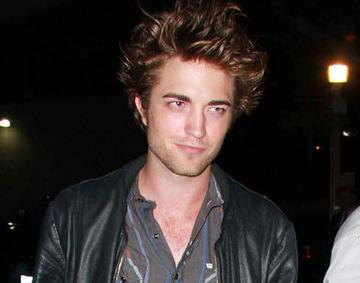 Robert Pattinson could get his hands on another romantic role as he sets his eyes on “Memoirs”. The actor who claimed his worldwide fame through his portrayal of vampire Edward Cullen in “Twilight” has been reported to be in early talks to star in the romantic drama.

If everything goes smoothly, the 22-year-old Pattinson will team up once again with “Twilight” producer Summit Entertainment in the feature project that tells the story of star-crossed lovers who meet and fall in love while struggling to deal with family tragedies. Details of his character are yet to be shared though.

“Memoirs” will be produced by Nick Osborne and Trevor Engelson through their Underground Films banner. Jenny Lumet, who penned “Rachel Getting Married”, is aboard to rewrite the script, while helmer Allen Coulter, whose credits include “Hollywoodland”, “The Sopranos” and “Damages” is in negotiation to direct.

Starting his career in the entertainment industry through modeling, Robert Pattinson had starred as Cedric Diggory in “Harry Potter and the Goblet of Fire” before landing his “Twilight” role. Soon to be seen playing Salvador Dali in “Little Ashes”, he has joined the production of “The Twilight Saga’s New Moon” in which he will return as Edward Cullen.