Britney Spears, who previously received a warning from a Bollywood star, is wearing a ‘magic’ ring to give her confidence. 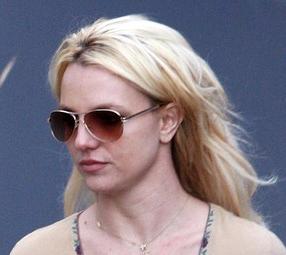 The “Womanizer” singer has been spotted wearing a tourmaline band, which claims to boost inner strength and provide a sense of stability.

The rock was given to her by the celebrity designer Dara Dubinet to help her get back on track following her public breakdown last January.

Dara told Life and Style Weekly magazine: “I made the ring with Britney in mind. When something is made with good intention, it carries that positive energy to the person who ends up wearing it.”

It was recently claimed Britney has lost confidence in her dancing ability and has been missing rehearsals for her new world tour because she is too embarrassed.

The 27-year-old star – who is preparing for her first arena tour in five years – is said to be reluctant to dance in front of choreographer Wade Robson, who she has worked with since 1999.

A source revealed: “She didn’t want him to see that she’s not as good as she used to be.”

Britney kicks off her tour in New Orleans on March 3.