Jamie Spears, who is the father of troubled pop singer Britney Spears, will maintain indefinite control of her personal and financial affairs after a court commissioner on Tuesday extended the arrangement beyond 2008. 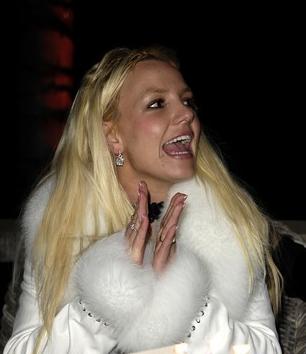 The conservatorship, which had been set to expire Dec. 31, also allows the people controlling Spears’ affairs, a group that composed of father Jamie Spears and several attorneys, some say in her professional career.

It’s a move the singer apparently approves: A court appointed attorney said the details had been explained to the 26-year-old and she agreed not to oppose it.

Spears could petition at a later date to have the conservatorship removed, but the court’s order otherwise constitutes a lifetime arrangement, a court information officer said. Attorneys for Jamie Spears declined to comment after the hearing.

Los Angeles Superior Court Commissioner Reva Goetz granted said she was granting the permanent conservatorship in part because Britney Spears has shown she is “susceptible to undue influence.”

Based on the attorneys’ recommendations and other evaluations of the singer, Goetz said making conservatorship permanent was “necessary and appropriate.”

The move came after a lengthy closed-chambers meeting, and follows a recent medical evaluation of the 26-year-old singer. Jamie Spears has had control over his daughter’s affairs since February after she had several high-profile incidents of erratic behavior and a pair of hospitalizations.

It came on the same day that a Florida court case flared up in Los Angeles. Attorneys for one of Spears’ former managers suing the singer in Orlando wanted to force her to undergo a deposition.

That move was blocked after Jamie Spears and his attorneys sought a protective order against his daughter answering questions. Goetz approved the protective order through at least February.

Attorneys for the manager, Johnny Wright, argued in court filings that Spears seems well enough to record new music and is poised to embark on a publicity and concert tour for her new album, which will be released in December on her 27th birthday. The filings argued that Spears should also be considered healthy enough to undergo sworn testimony, but Goetz disagreed.