The parents of the troubled pop singer Britney Spears have banned her dating. 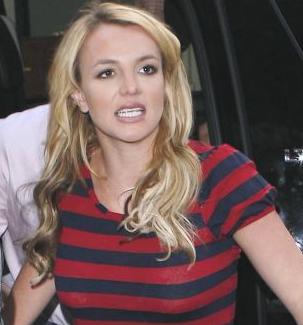 Jamie Spears, who is co-conservator of the singer’s affairs, and Lynne Spears are so concerned about the affect a break-up could have on their troubled 26-year-old daughter, they have won’t let her romance anyone for six months while she launches her new album.

A source revealed: “Jamie and Lynne feel she is close to cracking the big time again and they don’t want anything to get in the way. They’ve warned her in no uncertain terms they don’t want her dating for now.”

Jamie and Lynne’s concern stem from their fears her relationship with the British photographer Adnan Ghalib triggered her breakdown earlier this year.

The source added: “They feel they lost their daughter during the time she was hanging around with Adnan. Their worst fear is that Britney gets involved with someone who is trying to further their own career.”

Britney’s most recent ‘date’ was with Russell Brand last month, but her parents approved of her having dinner with the British comedian because they were discussing work.

The source explained: “Russell desperately wants to crack the US and was asking Britney about the best Hollywood publicists.”