After burning up the stage of the Air Canada Centre on March 19, Britney Spears worked up a sweat with one of her male dancers at the Hazelton Hotel Toronto. 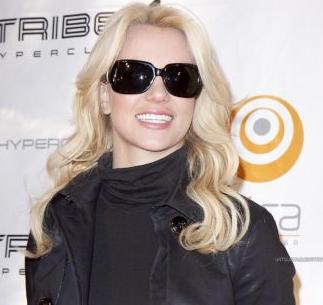 “They kissed in the elevator,” a source says. “He went back to her suite.”

Things got steamier the next night in Montreal, where the pair hooked up at The Circus Starring Britney Spears Tour’s afterparty at Tribe Hyperclub.

“She sat on his lap and they kissed,” an eyewitness tells OK!.

The duo then reportedly went into the bathroom and the door was blocked by bodyguards. “Nine minutes later, they came out,” the eyewitness says.

Looks like the singer is in love again — but insiders say it’s not her dancer whom she desires: Britney has fallen for her ex-husband, Kevin Federline, and is trying to rebuild their broken family.

In fact, she’s even going so far as fighting to steal him from his new girlfriend, Victoria Prince, and trying to make him jealous by flaunting her love affairs in public.

“She’s giving him a taste of his own medicine,” the source tells OK!.

With Kevin along on the tour to take care of their sons, Preston, 3, and Jayden, 2, the former spouses are spending more time together than they have since their November 2006 split.