Britney Spears, who was cleared of child neglect complaints, shows her love of junk foods as she flashes her bottom again. 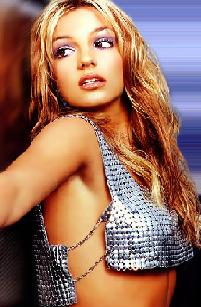 The singer appears to have swapped her heavy partying lifestyle for a night of snacking as she stopped at an off-license, and later fast-food chain Taco Bell for something to eat.

She was not even bothered with the threat of her expanding waistline as the unhealthy appetite for favorite take-out foods continued.

The “Toxic” singer appeared puffy-faced and was pictured in a dress that failed miserably to cover her ample bottom.

Her new look is in contrast to the fitter, healthier look she showcased earlier this year as she embarked on her comeback following her split from her former husband.

Her daily dance workouts appear to have dwindled as she spends her nights out clubbing with friends.

You could see the picture of Britney’s bottom here