Daniel Radcliffe has experience in new film “December Boys” which is far from the magical things in Harry Potter – he had to smoke and swat flies. 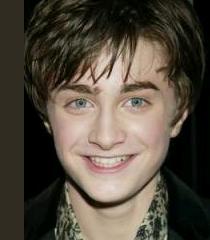 The young actor suffered for his art while making the film on Australia’s Kangaroo Island because the set became a target for flies, and he had to stomach cigarettes.

He revealed, “The flies were incredible. A scene had to be cut because of the amount of flies on the camera and on the actors and on the crew. It was just unbelievable. And I don’t particularly like smoking, but it was in the script. It’s one of those things.”

He added, “I smoked in (London stage play) ‘Equus’ too and I had to smoke in (new film) My Poor Jack. Whatever the script says the character does, I do, whether I like it or not.”