Britney Spears recently lost the custody of her children and now she is heading for more controversy as she was caught up in a sex tape scandal. 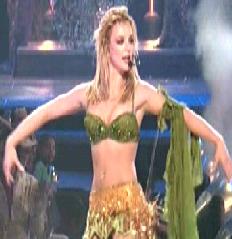 An unnamed man, who is 28 years old, has come forward with sex tales a day after the singer lost physical custody of her kids to her former husband Kevin Federline.

The mystery guy claims to have bedded Spears while she was vacationing on Hawaii in June and he caught their lovemaking on camera. He insists the only thing that has been stopping him from going public with the sex tape is the fact he wasn’t happy with his own performance, saying, “It was just normal sex, we didn’t do anything crazy. It was a little disappointing. It lasted for about 25 minutes and then we passed out.”

He added that he was living on Hawaii’s Big Island when he met Spears at a bar on June 7. The pair retired to her room at the Four Seasons hotel on the KonaKohala Coast and made love. The mystery guy admits the troubled pop singer had no knowledge he was filming their sex session