Miley Cyrus, who was recently got pregnancy speculation, has sparked speculation that she got a new film. 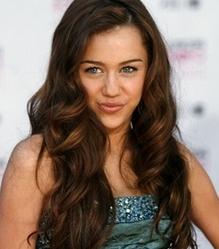 Back in July Disney actress and singer has revealed to MTV that she is working on a film version of her hit series “Hannah Montana”. She revealed at that time, “My dad is the producer, which I’m really excited about. He’s never done anything like this before, but my dad is ready to take on new challenges.”

Now her father Billy Ray Cyrus is giving more details. He revealed, “It looks like starting in March, we’re going to do the feature film of Hannah Montana. The movie’s going to take Hannah to the next level!”

As for the only special project the father and daughter are currently working on, the Cyrus family will encourage everyone to don denim for a cause on October 5 – Lee National Denim Day. The aim of the event is to raise awareness and money for breast cancer research.

Billy Ray added, “There aren’t many of us walking this planet who doesn’t know someone affected by this disease.” To join the fight, visit denimday.com.