Britney Spears is set to fly to India to meet with legendary choreographer Sandip Soparrkar. 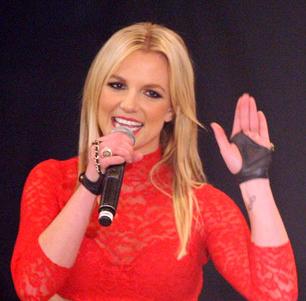 The 27-year-old singer is reportedly planning to meet with Sandip during a trip to Jodhpur to work on moves for her upcoming world tour.

Sandip revealed: “I’ll be meeting her for work only, when she visits Jodhpur. We’ll just be doing a bit of rehearsals, since I am planning to do the rumba, which is the dance of love. Britney is really looking forward to coming to India. She has heard a lot about it and what tops her list here is trying out the spicy Indian curry.”

Meanwhile, a court has put a higher value on being Britney Spears’ father this year: about $75 an hour, according to a report.

For helping his daughter through her turbulent period, Jamie Spears on Monday was awarded an additional $51,000 payout, reflecting an increase in his monthly payments since he took over his 27-year-old daughter’s affairs in February.

Jamie Spears had been receiving $10,000 a month for his work, but Los Angeles Superior Court Commissioner Reva Goetz increased that amount to approximately $16,000 per month and agreed to give him backpay.

He was also granted an additional $1,200 monthly payment so he can maintain and office, which Goetz said was justified by his work getting his daughter’s personal life and music career back on track.