Jamie Lynn pregnancy secret has reportedly put Britney Spears over the edge and she is planning a trip to Louisiana to confront her mom and she wants to bring along Jamie Lynn, according to a report. 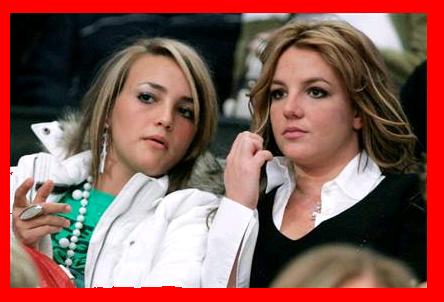 An insider revealed that the “Gimme More” singer told Jamie Lynn she could move in with her, saying, “She told Jamie Lynn that she’ll always be there for her – and when she’s ‘had it’ with Lynne, Jamie Lynn can come live with her.”

The source continued that the troubled pop singer is now making arrangements to go to Louisiana to see Jamie Lynn and confront Lynne, revealing, “She’s working out a schedule with her ex-husband Kevin, her lawyers and the court because she has to be excused from her parenting classes and drug testing in order to leave.”

The source added, “Britney says she’s in shock. She can’t believe this is happening to Jamie Lynn.”

In June of this year, Britney went to the set of Zoey 101 to “serve” Lynne papers asking her to stay away from her and her two boys if she is on any type of medication. The papers were actually a letter from an out of state lawyer making that request. Britney’s boys now live with their dad Kevin Federline and she is involved in a court battle for custody.