Britney Spears has been hitting the headlines as she lost the custody of her sons, daily routine with paparazzi. Now, the troubled pop singer is dancing while wearing a leopard print bikini. 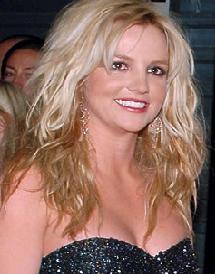 The “Toxic” singer, who also got former employees tried to boycott her new album, has been able to show that she could cope with problems and issues that she currently deals with.

The 25-year-old singer was spotted dancing around in the sunshine wearing a leopard print bikini. It seems that she is having a good old time in the middle of it all. You could see the pop singer print bikini dancing here.

For other news, Britney Spears has put her daily routine of shopping, tanning and coffee runs on hold to spend time with her two sons at her LA home.

The troubled singer carted her kids around her drive way during the afternoon play date, which was held under the watchful eye of a court-appointed monitor.

It’s the second time the singer has spent time with her children since her visitation rights were reinstated late last week.